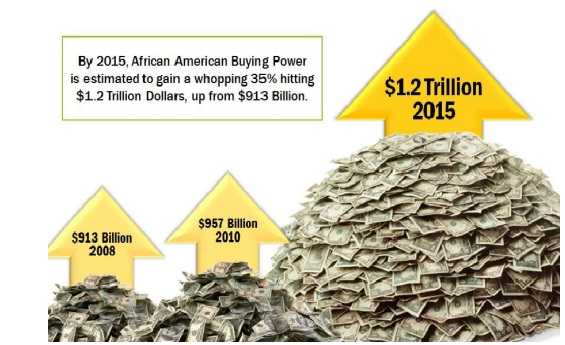 Almost every time I try to explain to a relative or friend how the people of Afro Indigenous American origin should Not be participating in US holiday spending; the reply is on the lines of “those people are so rich; it wouldn’t matter to them if we spent the money or not.” The Birmingham Bus Boycott proved this reply as neither true or evidence that indigenous Afro Americans have no spending power. The truth looks to be more that we don’t have enough self restraint to harness our economic power. Instead, we are taught to believe that voting and politics are the answer to civil and human equality. Therefore I propose the following:

Case Statement: Afro, Indigenous and African-American economic leverage does not come in the form of money, politics or employment. We are chasing the wrong kind of currency. The potential to get customers and keep customers is how wealth gets its value in the USA. Because disenfranchised communities are a loyal group to spending, many global markets are valued upon the products they sale to us. Once we realize we should be using our collective spending power to demand human rights and fair treatment under universal laws, we will be just as powerful as any other consumers on the planet.

Point0: The USA is a white-male owned corporation. Besides some 13-family entities; all other businesses interacting with the USA Corp. are mere vendors with diluted market share that provides them with little influence over the 13-families.  This point highly suggests that voting and democracy will never change inequalities and injustices.

Point1: Afro, Indigenous and African-Americans are at least the 14th largest consumer market in the world. This is a spending conglomerate larger than most nations across the globe. White consumers in the USA could never have such a high percentage or they would fall into the same disenfranchised situation. On the contrary, the white-male owned corporation makes sure the white-male American never spends on the same level and this is evidence by the amount of taxes (versus wholesale), interest (higher than for whites) and non-product fees (legal, late, etc.) people in disenfranchised communities pay. Many times, white-male owners will barter for expensive products or simply embezzle the money from each other.

Point2: Almost every dollar earned by Afro, Indigenous and African-Americans goes back to the white-male owned businesses. This includes churches that affiliate with conferences and dioceses. Therefore, gainful employment will never bring wealth to the disenfranchised. On the contrary, the higher cost of taxes, interest and fees when purchasing goods from the white-male owned companies will always further disenfranchise the worker. For instance, while people from our community are willing to finance a used BMW at 7% interest; paying a 30% luxury tax; having the delivery and handing fees rolled into the loan; they will also pay licensing taxes and fees to the state’s department of motor vehicles AND insurance for as long as they drive the vehicle. I know this from experience.  Alternatively, a wise OuachitaMuur will drive the same used BMW by barter with a community car dealer in exchange for a new fur coat, diamond and gold jewelry or to have private education tuition fees waived.  I considered this a Black Wall Street Transaction where there is no loan interest, and very little taxes or fees. Because the vehicle keeps a “dealer’s tag”; all costs for insurance and state taxes are written off as an expense that lowers the owner’s income tax base. And you wonder why I stress buying from businesses that re-circulate currency in the Afro, Indigenous, African-American community?

Point3: US Dollars have no value. When paper money became promissory notes back in 1913, the paper became negative net value for tax payers to print it.

And if you don’t believe how worthless USA dollars are today, consider 1-Bitcoin is worth $9,000 as of this posting. All major industry vendors are creating their own kind of currency, (ie Amazon coins, Facebook credits, and Microsoft points), so when the dollar is obsolete, they can continue doing business.

I conclude this posting reiterating my Case Statement: When Afro Indigenous Americans start preserving their human and civil rights tied to their spending power, their energies to resist holiday spending will make them one of the most powerful people on the planet.